The John Cabin, located below the Pangborn Campanile, is named for John Hughes, an immigrant Irishman who lived in the cabin in 1819, while supervising the gardens and taking classes in the seminary. Hughes was later ordained to the priesthood and became Bishop John DuBois’s coadjutor in New York City. As Ordinary, he distinguished himself as a leading defender of Catholics in the United States. ​ 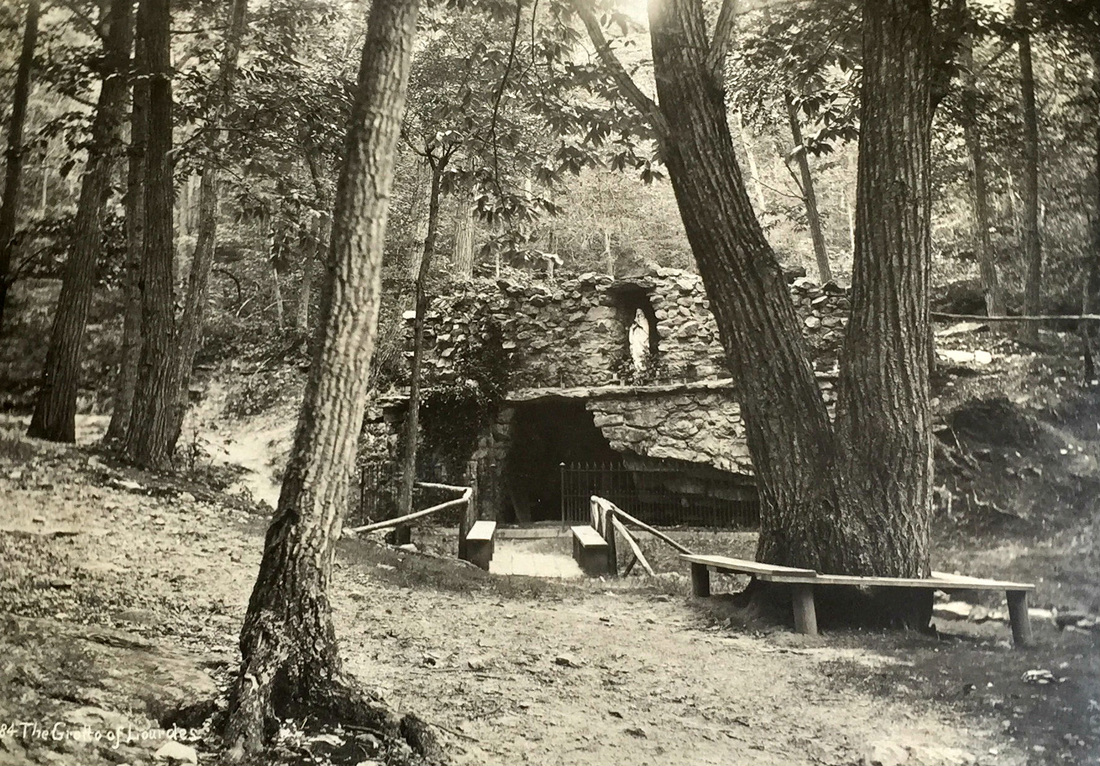 ​The stone wall reproduction of the Lourdes Grotto in France was initiated by President Fr. John A. Watterson and constructed by Mount St. Mary's seminarians in 1879. The purpose of the project was to commemorate the apparitions which had taken place 21 years earlier in France and which had been approved in 1862. (Photo taken by William Henry Tipton, circa 1890s)

​The Pangborn Campanile, which has become a regional landmark, was built in 1964. St. Mary’s Chapel on the Hill opened in 1976.The  Miller Family Visitors' Center opened in 2013.